The Modi government’s decision to scrap Rs.500 and Rs.1000 notes is to combat corruption and to flush out black money from the market. But this move has also caused pain and chaos for housewives, working class, students, small businesses, tourists, small vendors and nearly everybody who deals with cash.

However, these hardships and issues are only for a short while and will ideally not hurt most individuals in the long-term. But the change in currency is having a significant, immediate negative impact on businesses and daily lives of people today.

As soon as Modi addressed the nation to announce the ban, the news spread like forest fire. People rushed to their nearby ATMs to stock up smaller value notes by performing repetitive transactions for Rs.400 every time. With the same person performing multiple transactions, nearly all ATMs witnessed long queues till midnight until the machines ran out of smaller denomination notes.

Many went cashless for 2 days

Since the government scrapped old currency of Rs.500 and Rs.1000 notes all of a sudden and then the ATMs also remained close on Nov 9-10, several people ran out of cash. Many of them just have the higher value notes which are of no use as no vendors are accepting them.

Most people in India depend on cash for their day to day shopping needs such as paying for groceries, milk, household items, public transport, roadside snacks and more. With the Rs.500 and Rs.1000 notes being scrapped and the shortage of small notes, it would be very difficult for people to shop for their daily needs over the next week or so.

Long queues at banks and ATMs

As banks opened on Thursday, Nov 10 morning, long queues were reported at all branches in the Jaipur city and all across India as people queue up to get new notes in exchange of the old Rs.500 and Rs.1000 notes. Once the ATMs start dispensing money from Nov 11, significant rush would be seen at ATMs too resulting in shortage of cash in the ATMs too.

Though the banks have opened today and the ATMs shall also start dispensing new currency notes from Nov 11, there will undoubtedly be a significant shortage in cash supply over the next month at least. Not only will it take time to circulate the new currency notes of Rs.500 and Rs.2,000 but there will be shortage of every other denomination as well.

Banks brace to handle rush in the city

Jaipur banks have made all necessary arrangements to handle huge rush that is expected to visit the banks for exchanging currency. Branches of all banks are set to open more cash counters and deploy extra manpower to ensure more convenient transactions. They also have to arrange a help desk to spread awareness and answer queries. Posters will also be pasted in banks regarding the same. Moreover, the banks will stay open on this weekend for full day both on Saturday, Nov 12 and Sunday, Nov 13.

The working section of society such as the drivers, maids, cooks, electricians, plumbers has been affected greatly. They depend mostly on monthly or bi-monthly cash payments but since people don’t have cash in hand, they won’t be paying them until you manage to get some cash in hand struggling through the ATM queues.

If the ATMs aren’t replenished quickly and often, for the coming 2-3 weeks, this could turn into a very serious problem for many.

Small traders affected the most badly

This demonetization of Rs.500 and Rs.1000 notes has hit the small businesses and traders the most in Jaipur both in urban and rural areas. This includes the businesses of vegetable vendors, tea stalls, saloons, grocery shops, small shops, wholesalers, etc., which mostly run on cash for payments.

They would not be able to buy new goods or process payments for the dealings they have already done on credit, which means no more goods for them and therefore, losses in the coming days. It is unclear at the moment by when will they get access to the new Rs.500 and Rs.2,000 notes.

Also, most customers will not have lower denomination notes to pay them. Even they won’t have enough cash to offer change to their customers leading to no sales or very less sales in the next couple of days.

What about the majority of people in rural India who still do not have access to a bank account? They account to be around 200-300 million people in total. Also, there are several people living in rural India who have a significant amount of Rs.500 and Rs.1,000 notes but no official form of identification. Exchanging notes will be very much difficult for them.

The government has thought about them. Around 25.45 crore bank accounts were opened under Prime Minister’s Jan Dhan Yojana. These accounts will be utilized now. All farmers who have Rs.500 and Rs.1000 notes as payments of their crop harvest or as wages for working in someone else’s farms, they can easily deposit the money in their Jan Dhan accounts. Also, in case they do not have any account, the people of rural India will still be allowed to exchange old notes of up to Rs.4000 per day.

Interest rates on loans to come down in the long run

People with legally earned cash would be depositing it in banks, thereby increasing the bank’s deposits by a huge margin. This will lead to an increase in the lending activity as banks need to maintain a CRR (cash reserve ratio) and with more deposits they can do more of lending.

Loans and credit will definitely become easier. Interest rates may also come down but this will only happen gradually and not overnight.

As the wedding season is on its peak, the houses with weddings coming up in the next few weeks had stocked a large amount of cash in the form of Rs.500 and Rs.1000 notes. It has been a state of complete chaos for them. For the initial days, the banks have limited dispensing money to just Rs.4,000, which is too less for meeting the needs of a wedding house.
Even the ones who need to visit weddings of close family and friends are facing issues. They don’t have enough cash to shop, travel and to present gifts in the wedding.

Recently, a man in Chennai carried the wedding card of his friend’s daughter to the bank and requested the authorities to grant him more cash than Rs.4000 but his request was denied.

New notes will reportedly have a more secure design. The government would be able to track them easily and they will be tougher to counterfeit. However, more details on this is still awaited.

Black money in other forms

Real Estate would crash too

In real estate there is no index price like gold and it totally depends on the market’s demand-supply balance. So the real estate market would crash slowly because of the demonetisation of Rs.500 and Rs.1000 notes as people will yield to pressure slowly and will start selling for lower prices as the pool of potential buyers go down. According to predictions by experts, the real estate prices would dip to lowest by end of 2017 but will then start moving up again and would recover quickly.

ATMs to dispense Rs.50 notes too

In the coming times, ATMs will yield Rs.50 notes too. RBI said that ATM machines will be transformed in such a way that they are able to dispense Rs.50 and Rs.100 notes easily. This step has been taken keeping in mind the troubles that people have been facing to get the lower denomination notes. However, no official statement has been released for now. 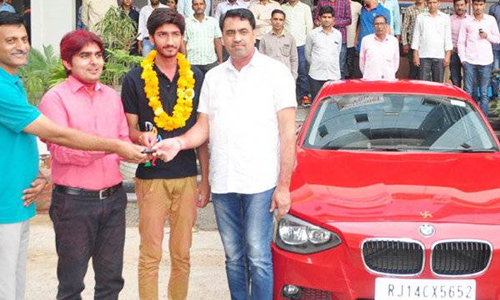 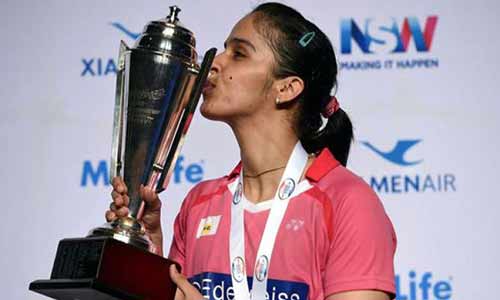