Belonging to Bangkok’s second richest migrant family, Yashvardhan tied knot with Jaipur’s Sanjali in a grand wedding at Udaipur. Recently hosted by Rajasthan’s beautiful city Udaipur, this wedding is being considered one of the top 10 grand weddings hosted in the country.

Yashvardhan, the groom is the nephew of Sri Prakash Lohia, the second richest migrant of Bangkok who hails from India. Aloke Lohia, the groom’s father is also a billionaire and a sibling to Prakash Lohia while the bride, Sanjali hails from a Jaipur-based Kotawala family.

On Thursday afternoon, Dec 1, 2016, the baraat was welcomed in full Indian style at Udaipur’s Udaivilas hotel.

Just one day before this, foreign performers along with Bollywood actor Ranveer Singh and actress Jacqueline Fernandez gave a stunning dance performance on a stage made of ice at the famous Manak Chowk of City Palace. The ice stage was made by Delhi’s Siddharth Katiyal.

Pop singer Ellie Goulding also reached the event as a guest in evening. On reaching Udaipur, Ellie first paid a visit to Jagdish Temple, where she got clicked with fans and then she graced the event to make it a more memorable affair with the charm of her voice.

Israel’s production company took up the charge of creating a grand stage with beautiful themes that could leave everyone awe-struck. A band from Delhi handled the music side while a New Zealand based event company took wedding planning responsibilities for the entire event. Chefs were called from Italy to prepare scrumptious delicacies to match the aura of the wedding.

Many eminent personalities from the business industry as well as from Bollywood visited Udaipur for the lavish wedding.

More about the Lohia Brothers

Born on 11th August, 1952 to Mohan Lala Lohia and Kanchan Devi Lohia in Kolkata, Sri Prakash Lohia is the founder and chairman of Indorama Corporation, which is a petrochemical and textile company. Hailing from India, Lohia has spent a major portion of his professional life in Indonesia since the year 1974. In 2013 Forbes ranked him as the 6th richest person in Indonesia with a net worth of US $3 billion.

He graduated from the University of Delhi in 1971 with a Bachelor’s degree in Commerce. It was only in 1973 that he moved to Indonesia with his father and started Indorama Synthetics, which started manufacturing spun yarns in 1976.

Later in 2006, he acquired an integrated olefin plant in Nigeria, which today has become the largest petrochemical company in West Africa and the second largest olefin producer in Africa.

Lohia’s Indorama Corporation is based in Singapore and is his principal company for now.

In 2012, the President of India awarded him with Pravasi Bhartiya Samman (Overseas Indian Award).

He is married to Seema Mittal, sister of Lakshmi Mittal and has two children, Amit and Shruti.

Prakash Lohia’s brother Aloke Lohia is the founder and Group CEO of Indorama Ventures PCL. He is the Chairman of the Sustainability Committee and a ‘Member of the Nomination, Compensation and Corporate Governance Committee’ of the company. He also served as the Finance Director of P.T. Indorama Synthetics, Indonesia from 1979 to 1987 and in 1994 he founded Indorama Ventures in Thailand. Forbes ranked him as the 15th richest person in Thailand in June 2014 with a net worth of $1.2 billion.

He also graduated from Delhi University with a Bachelor’s degree in Commerce. He then moved to Thailand in 1988 and has been living there since then. During this time he founded Indorama Chemicals, which is now known as Aurus Specialty Company Limited.

In February 2010, Lohia listed Indorama Ventures on the Stock Exchange of Thailand, whose revenue reached approximately $7.5 billion by the end of 2014.

He is married to Suchitra Lohia, who runs the packaging wing of the company and is also a director and Vice Chairman of the company. They have three children, daughter Aradhana Lohia Sharma, Anuj Lohia and Yashovardhan Lohia, who just got married to Jaipur’s Sanjali in Udaipur.

Aloke was appointed an Honorary Investment Advisor to the Government of Thailand in 2011 and was recognized as one of the Top 40 Power Players by ICIS (Independent Chemical Information Service) in 2011-14. 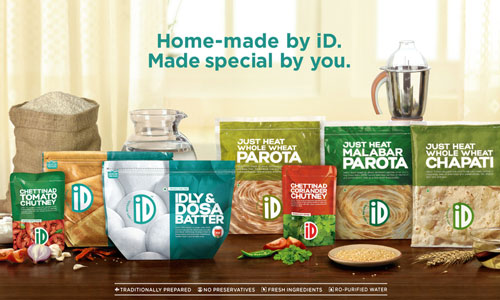