While most follow the current era fashionistas and Bollywood stars, the prince and princesses of old times had their own special piece of charm. Their beauty wasn’t dependent on the liners or lipsticks, but was natural and mesmerizing. One such name that strikes us is that of the Maharani of Jaipur, Maharani Gayatri Devi. Vogue’s magazine had once mentioned her in the Ten Most Beautiful Women list. Along with Vogue, Maharani Gayatri Devi’s beauty had also been praised by Clark Gable and Cecil Beaton.

She was ethnically born in a Koch Rajbongshi Hindu family as the Princess of Cooch Behar on 23 May, 1919.  Her father was Maharaja Jitendra Narayan of Cooch Behar in West Bengal and her mother was Maratha Princess Indira Raje of Baroda.

She grew up living a life of luxury with dozens of staff and governesses by her side. She studied at Glendower Preparatory School in London, Patha Bhavana of Visva-Bharati University and in Lausanne in Switzerland. She along with her mother and siblings moved to their holiday cottage, where she rather redundantly studied secretarial skills in London School of Secretaries.

In spite of being a princess, Gayatri Devi didn’t distinguish between ‘raja’ and ‘praja’ (the princely and the public), nor did she give importance to the social division between men and women. She was rather tomboyish. She liked to keep company with the servants and used to worry about their wages and struggles. Gayatri Devi also enjoyed spending time with the mahouts, learning their songs and hearing stories of the elephants. Moreover, she was an excellent rider and an extremely capable Polo player. She was also good with her shots and enjoyed her day outs on ‘shikars’.

Her Meeting the Maharaja of Jaipur

Gayatri Devi first met her future husband, Jai (the Maharaja of Jaipur) when she was just 12. Jai had come to Kolkatta to play polo visited and had stayed at Woodlands, which was their family home in Kolkata. After meeting Jai that time she handed him his polo stick and their hands brushed, she wished to have him as her groom.

Later in the year 1940, Gayatri Devi married him, Maharaja Sawai Man Singh II and became the third Maharani consort of Jaipur. She received a Bentley, a hill-station house and a trousseau as her wedding present. She was pretty fond of cars. She owned several Rolls Royces and an aircraft. She was also the one to import the first Mercedes-Benz W126, a 500 SEL to India.

As Jai’s third wife, she should have lived in ‘purdah’ like the other women, who spent all their lives watching the world from behind the screens. But, as she never believed in the social division between men and women, Her Highness gave company to the Maharaja in the palace as well as during his riding and hunting sessions. Another major part of their life revolved around the polo seasons, which he starred. They spent their springs and winters in India while their summers were often spent in Windsor or Surrey. She often flew to Delhi in her private plane to shop as well.

Gayatri Devi set up schools in Jaipur such as the prominent Maharani Gayatri Devi Girls’ Public School, which was established in 1943. This school is more popularly known as MGD Girls’ School. Her Highness hoped that this school could teach other daughters of the nobility to take stand for their life.

She also revived and promoted the dying art of blue pottery.

Her Highness Maharani Gayatri Devi, the Rajmata of Jaipur

Her husband signed his consent for the Jaipur state to become a part of the Union of India, which she supported. Her step son, Bhawani Singh accessed the throne in the year 1970. After this she came to be known as Maharani Gayatri Devi, the Rajmata of Jaipur.

Even after India’s independence in 1947 and the abolition of princely states to the establishment of Indian democracy with a centralized, socialist government, Gayatri Devi’s love for ‘her people’ didn’t change. She always felt that the intimate understanding, which the ruler and ruled must share, was missing from modern India.

In 1960, she joined the liberal Swatantra party to oppose Jawaharlal Nehru’s left-wing Congress. She had the support of Jai, the Maharaja. Then in 1962, she ran for Parliament and won the Rajasthan constituency in the Lok Sabha by getting the world’s largest landslide with 192909 votes in her favour out of a total of 246516 casted votes. She has her name in the Guinness Book of Records for this.

Maharani Gayatri Devi had a maharani’s natural grace and elegance. She was an exquisite figure, who was often seen draped in pale chiffon and pearls. Command and style, both came naturally to her. Her grandmother had taught her that emeralds looked better with pink saris rather than green. And her mother told her not to wear diamond-drop earrings at cocktail parties. She was an epitome of beauty and style; all that she needed was a saree in pastel chiffon with a simple strand of pearls and delicate silk slippers. She looked equally fabulous in slacks, when she posed by a tiger. She was a true princess, known for her classical beauty and often followed as a fashion icon.

Maharani Gayatri Devi was suffering from paralytic ileus and lung infection. She died on July 29, 2009 at 90. 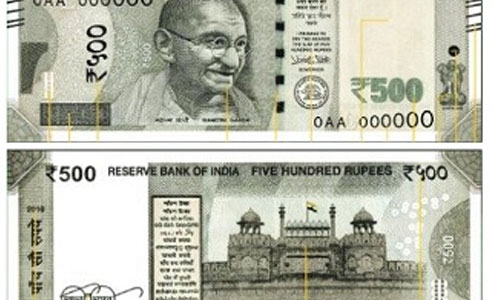 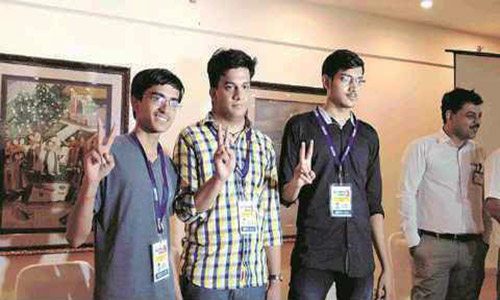