Apart from the historic monuments in the Jaipur city, these cinema halls hold a special place in keeping up the repute of the city in heritage.

Interiors of the cinema halls:

The interiors and architecture of these cinema halls, coupled with their exquisite style of treating the visitors is what sways away the movie enthusiasts who come down here.
These cinema halls have a worldwide fame to their credit.

First choice of the tourists is the majestic royal and grand cinema halls:

In every movie show that takes place in these cinema halls, some amount of tourists can be seen in the show. Tourists, who come down to the Pink City from a tour perspective, definitely jot down the names of these cinema halls to be visited.

Raj Mandir stands out from all the other cinema halls in Jaipur:

The cinema hall that tops amongst these three mentioned halls is Raj Mandir Cinema Hall. Due to its build, this cinema hall remains a favourite amongst the tourists. It no less than a surprise when tourists are seen standing in long queues to obtain a ticket and experience what Raj Mandir cinema hall has to offer.

Vaastu seeps into the construction and interiors of the Pride Of Asia:

A witness of blockbuster movies:

The cinema hall stands tall as a testimony of all the blockbuster movies in the bygone years. Frames and pictures of such and some images have been put in its interior which depict the madness of the people towards old movies.

Raj Mandir’s name is on the map of Asia too, which is the reason why tourists give primary attention to visiting this cinema hall.

The grandness and aura of Raj Mandir cinema hall can be determined from the intricate and fine work details that have been done in the interior and exterior of the hall.
The hall gives the reminiscence of a royal palace which is equipped and decorated with grand chandeliers.
There are 9 stars which symbolize 9 gemstones and are there as a welcome sign.

Golcha Cinema that is nestled at the Chaura Rasta in the walled city is a theatre that was known by a different name previously.
On account of a single screen, the theatre was known as the ‘Prem Prakash Cinema’.
The theatre has turned into a multiplex in present day scenario.
Golcha Cinema is in the near vicinity of other monuments of Jaipur city.

Tourists visit to watch movies and stand in long queues too:

Many tourists can be spotted here standing in queues to procure a ticket to watch a movie show here.

This cinema hall is not only known for its built but also for the different food and delicacies that the hall offers.
The Samosa is one particular item that people definitely eat when they come down to watch a movie here. Missing this is not something they afford.

Posters of movies that have celebrated silver jubilees:

In the interior of the Golcha Cinema Hall, there are some pictures that are put up on the walls which depict movies that celebrated their silver jubilee.

Pictures of people turning up for seeing movies in a great number:

Pictures where people have turned up in a gigantic number at the theatre to watch movies have also been put up on the walls.

Team Indian for the sport Polo won the world cup in the year 1933 and created an environment of craziness in the country and beyond. Celebrations took a top notch in everything.
The Polo Victory Cinema Hall is a reminder of the major win in Polo by team India.

The owner of this cinema hall Mr. Keshuram accompanied team India for the match to England.
He further went ahead and constructed the Polo victory cinema hall to mark a name for the victory of the country.

Governor General Lord Mountbatten of independent India inaugurated the Polo Victory Cinema Hall. May it be known that Mr. Keshuram is a famous polo stick artist.

Polo Victory Cinema close to the railway station and Bus stand: Ideal for tourists to kick start their tour 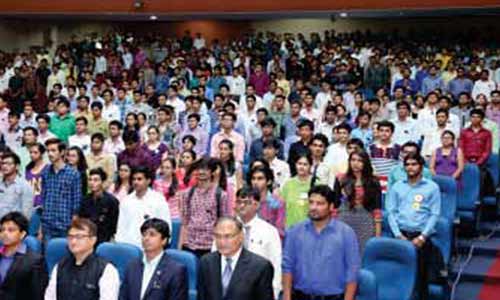