People Of Jaipur Are Passionate For Theatre

For Sabarjeet Movie, actor Randeep Hooda gained a lot of weight. Also, actor Amir Khan will be seen in his newly gained weight in the upcoming movie Dangal. This type of acting, generally called as Method Acting is seen in movies, but many artists from city of Jaipur are showing such passion in theatre too. There are actors who are gaining and losing weight, and there are actors who are shaving their heads for the sake of theatre and acting. These acts can be performed by wearing wigs and other props, but the artists are so passionate that they prefer taking risks for their acting.

Theatre artist Rajeev Mishra told us that they are preparing for the act “ Sarhad Ki Ek Raat ” these days.

“I am playing the role of a lead in this act; I am also directing and producing the play. For this role I have been preparing for last six months and I have lost 20 kgs for this. The role is of a Pakistani Soldier, who is of age twenty to twenty two years. And my age is thirty six years. To look fifteen - year younger, I took this decision of losing weight and I think I am succeeding in my decision. For this I run 11 Kms every day, and along with Exercise, I control my diet as well”, said artist Rajeev Mishra, Actor – Director – Producer, Sarhad Ki Ek Raat.

Actor Umesh Pant told us that very soon a play will be performed in the City of Jaipur in which he is playing the role of colonel.

“For this role I have to look experienced and mature. And for this I have gained 10 kgs in very short days. This is our practise for Method Acting, in which we change our body structure and attributes. This type of acting can be seen in many movies because Actors are paid well and supported. We work for passion. In theatre there are only a few people who perform method acting”, said Actor Umesh Pant.

Actor Yogendra Singh     Parmaar told us that for the character in play “ Waiting for Godo ”, bald artist was in required.

“I rehearsed for the play in my long locks of hair, but a few days before the actual show I realised that shaved head is a must. And that day I shaded my head for my character. When I presented myself on the stage, the audience was amused by my look. This is only my passion towards acting and theatre, that I do anything to look like a character”, said Actor Yogendra Singh Parmaar.

Jaipur Artists are working really hard to get into their characters. 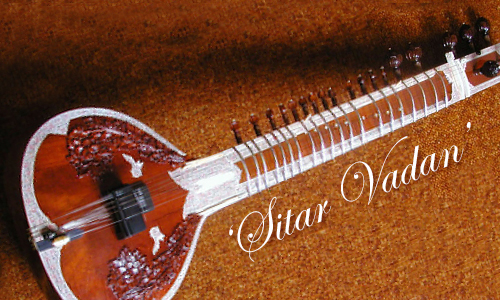